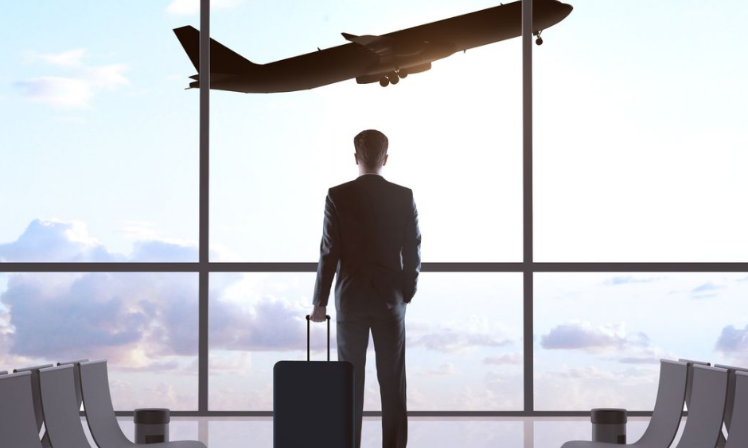 Flying accounts for almost 90% of business travel carbon emissions, and only 1% of travelers — many of whom fly for work — are responsible for 50% of all air travel carbon pollution. While the IT industry continues to make broad net-zero pledges, getting there will necessitate making more informed decisions when it comes to flying.

Some employers are attempting to persuade their traveling staff to reconsider booking that business class ticket — or any ticket at all.

Consider Salesforce, which has one of the more comprehensive climate action plans available. Executive responsibility, or attaching a portion of variable pay for senior leaders to reaching ESG goals, is one of the features of its path to net zero. Reduced air travel emissions are one of these objectives. According to Senior Director of Sustainability Max Scher, how this is accomplished is up to individual business units.

Because individual teams are responsible, employees must be trained on how to track and calculate their business travel emissions. To do so, the company uses Net Zero Cloud, its own greenhouse gas emissions inventory and analytics platform, to track progress toward the overall net zero target as well as corporate travel emissions. When it makes sense, the company's internal trip booking engine proposes the lowest-emission method of transportation. Traveling by rail, for example, emits far less carbon than driving (let alone flying), making Amtrak the most environmentally friendly mode of transportation between New York and Washington, DC. (It's also the most comfortable means of transportation.)

Fortunately, a new crop of apps has emerged in the last year to enable corporate travelers to assess the carbon footprints of several aircraft itineraries before booking their tickets. Google Flights, Skyscanner, Kayak, and Lite. Flights have all recently launched filtering options to make it easier to analyze how different flights compare in terms of their environmental impact.

However, and this is a huge "but," do travelers truly use these tools when they have them? And, even if it's more expensive and inconvenient, would they choose the lower-emitting flight? According to Sola Zheng, a researcher on the International Council on Clean Transportation's aviation program team, the answer is more likely to be "yes" for corporate passengers. When a flight is charged to a business card rather than their personal, people are "more tolerant about expenditures," according to Zheng.

Employees may be prepared to spend a bit extra to reduce their travel emissions as more organizations establish emissions targets and sustainability-minded travel policies. Along with Salesforce, Google, Microsoft, Apple, and Intel are among the major public IT companies that have begun to tie a portion of executive salary to reaching sustainability goals.

Even though businesses are focusing more on reducing carbon emissions, few have clear instructions for individual employees on how to choose flights. They may advise employees to take the lower-emitting route, but they are not obligated to do so. That could change as ESG guidelines evolve, but for now, it's up to individuals to make the best judgment they can. And whether they do is still up in the air.

Salesforce, for example, hasn't gathered data on whether employees prefer rail to fly when they have the option or chose a less convenient, more expensive aircraft route in the name of sustainability. Nonetheless, according to Scher, the company has met its aim of reducing business travel emissions intensity (i.e., emissions per dollar of revenue) by 50% from 2019. However, he attributes this to a COVID-related slowdown in travel rather than deliberate carbon reduction initiatives.

In an email to Protocol, a Google spokesman stated, "Our testing so far has shown that when consumers can see the carbon dioxide impact of their trip alternatives, they're more inclined to avoid flights with higher emissions." However, according to studies conducted by Zheng and the ICCT, lower-emitting flights are often not that much more expensive than higher-emitting flights, and in many cases are significantly cheaper. That makes determining whether cost, pollution, or a combination of both are driving those decisions nearly impossible.

Kayak's main scientist and SVP of Technology is Matthias Keller. Although the company doesn't have "concrete data" on how users use the site's carbon emissions filter tool, he said Protocol that the option was created in response to a survey that revealed people want to travel more sustainably but don't know how. The filter was an attempt to close the knowledge gap. Demand for this kind of tool will only grow as the "whole drive towards ESG in public markets" continues, he said.

Despite the paucity of publicly available usage statistics, two recent studies suggest that, to some extent, people are ready to pay more for lower-emitting aircraft. According to a study of the 450 University of California, Davis employees, they were willing to pay up to $200 per tonne of carbon dioxide equivalent (a metric that converts all greenhouse gases to carbon dioxide) saved for lower-emission flights. In a survey of the general public done in 2021 by the UK Civil Aviation Authority, it was shown that 33% of consumers would pay more for an airline ticket to lessen their environmental effect.

Even for those who make a livelihood cleaning up travel, convenience and price still rule. "I'm a frequent flier program member as well," Zhang admitted.

"How can you get people to abandon their allegiance?" Christian Nolle, the founder of Lite. Flights and a member of an airline loyalty club, confessed, "That's a hard one."

If the low-carbon flying gear isn't accessible, there are a lot of issues to consider for business travelers. Aircraft that are older emit more carbon than newer planes. Because takeoff and landing are the most carbon-intensive aspects of a trip, direct flights are also more efficient than those with layovers.

The more tools individuals have to evaluate flights based on emissions and identify industry laggards, the more pressure the public can put on airlines to update their fleets.

Other options are also being considered. Alternative jet fuels are in the "early commercialization stage," according to Zheng, but "if the industry pushes for it, everything can happen tomorrow." She compared it to electric vehicles, saying that things take off when "richer people are prepared to pay more for more sustainable products." Although there are worries about at least some of the sustainable aviation fuel firms delivering on their promise at the speed and scale required, this could eventually help bring costs down for everyone.

The tension is already rising. Salesforce has pledged to replace 5% of its yearly conventional jet fuel with low- or no-carbon jet fuel as part of the First Movers Coalition, according to Scher. In addition, the corporation recently joined the United Eco-Skies Alliance to assist fund the purchase of about 7 million gallons of sustainable aviation fuels. He stated that the goal is to "hopefully get this product more commercialized" and lower expenses.

Finally, companies that care about sustainability (which should be all of them at this point) can influence more sustainable air travel practices. They're increasing the pressure on airlines to upgrade their fleets and invest in more alternative fuels by casting a light on air travel emissions. After all, individual choices can only go so far; the majority of carbon emissions and the responsibility for reducing them rest with the enormous corporations that produce them.